No, that's not all


I was all set to run the table on this blog challenge days ago when real life came crashing in.  I found out my brother was suddenly feeling very strange and described stoke-like symptoms; dizziness, loss of equilibrium, weakness on one side etc.  He's only 33, but his father had had a stroke so there's a history there.  I dropped everything, picked him up at his job and took him to the nearest ER.  Seven hours and many tests -including a CAT scan- later he still had no answer.  So he signed himself out and I drove him home in his car.  Thankfully his symptoms are fading by the day.  I did stay overnight at his house and not get home until it was just about time to get my daughter from daycare.  So, no submissions for 2 days. (It's a better story than 'the dog ate my blog')

ANYway, I missed two days of this thing and wasn't even able to post the piece I had all ready to go.  So here it is, only two days late and in just before this thing is over.  Don't mind the teeth marks.


DEAL WITH THE REAL


Challenging yourself is good, until you realize you've bitten off my than you can chew.  Your choices then are but two; back down or deal with it.

It was 1993 and I was still recovering from my ankle surgery less than two months prior.  Not coincidentally it followed my one and only attempt at skydiving.  Which I will not get into now.  Moving on...

The doctors told me the rod and pins would make it stronger than the other one, but it was still stiff and sore.  Perfect time to go climbing, right?

I was on the left coast and briefly had a one time opportunity to go to Yellowstone national park.  Of course I jumped at it (clearly not having learned my jumping lesson.  Moving on...)  and while I was there I saw the signs for one of their waterfall climbs.  The recent weeks of convalescence had driven me stir crazy so I was eager to push the envelope.

The trail was long, but it was basically an unchallenging well worn path that I could see led to a sturdy wide wooden bridge before going out of sight up into the woods.

Off I went and after the bridge the path got thinner and slantier.  Despite the stiff ankle I didn't want to back down from my own challenge so quickly, so I continued -feeling brave and proud of myself.  I couldn't see the falls from this part of the trail, but I could hear it.

Soon the slant became a real slope, and the path became ascending notches cut into the rock every few feet.  I looked up and saw it gradually getting more extreme. and starting rethinking my 'no guts no glory' mantra.  In my head it began to sound more like 'no guts is gory'.

Then I saw a family coming down from the top.  A couple in their forties and their teen kids descended easily and slid past me.  Well, I thought, obviously if they went up and came back down and don't even  look tired or sweaty it can't be too much further or that bad.  The sound of the falls was louder here, reinforcing the thought that it couldn't be far.  I soldiered on.

By now my elevation was over fifty feet.  I could see the waterfall finally, crashing onto the blunt rocks five stories below me.  The slope started to get so serious the park authorities had installed a thin metal railing on the fall-to-your-death side of what can only now be laughingly called 'the trail'.  I inched on and on halfway along the rail when I noticed some of the rail anchors ahead had pulled free of the rock some time ago and were hanging unsupported and swaying gently in the air, like some sort of republican designed health care plan.  It did not look safe.

This was too much.  A challenge is a challenge, not a death wish.  I decided to turn back.  But then I saw them.  An elderly couple coming down the <ahem> trail.  Again, neither tired nor sweaty.  There was no turning back after that.  If ma & pa Kettle can climb up and back down again, so can I -even if it kills me!  I soldiered on, determined to 'leave it all on the field' or <gulp> on the rocks below.

A few grueling minutes later, tired, sweaty and scraped, I finally pulled level with the edge of the falls, now only yards away.  What a heady experience.  Just before the falls there was a shallow pool with very cool-looling water.  There was a sign at the edge.  It warned not to enter the water claiming that several people had, been washed over the edge, and died on the rocks below.  No.  Sh*t.

So the urge to do that was easily quashed, but I still felt triumphant.  The fact that families and oldsters had made it look easy while I was panting like an overly targeted asthmatic fat kid after a dodgeball game only took the edge off my victory high a little.  I marched all puffy-chested over the crest on my throbbing ankle to the blessedly level ground on top.  -To find the road and parked buses from which all the people who passed me on the way down had ridden up in air conditioned comfort.

This repressed memory brought to you by the sadistic monsters at We Will Force Confrontations.
You may want to see whom else succumbed to their ever more inventive tortures, but it won't be pretty.
Posted by notactuallygod at 2:12 AM 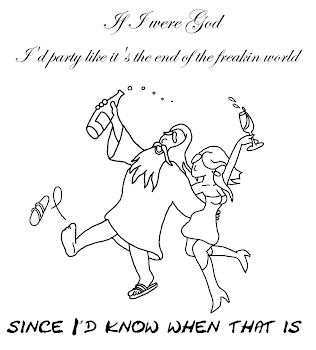 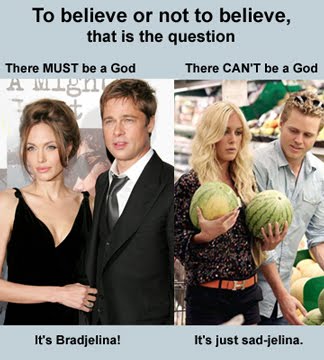